Becoming a member of Sisters in Crime Desert Sleuths Chapter is a two step process.

The Desert Sleuths Cookbook is Now Available -Check it out here! 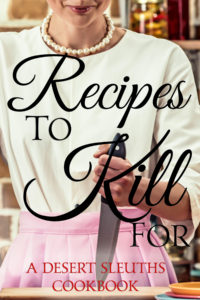 Our guest speaker will be Award Winning Author, Bill Konigsberg.

Bill Konigsberg is an award-winning author who lives just outside of Phoenix. He lives with his husband, Chuck, and their two Australian Labradoodles, Mabel and Buford, who complete them. Bill has five published books and has a sixth on the way: Out of the Pocket, his 2008 debut, won the Lambda Literary Award. Openly Straight won the Sid Fleischman Award for Humor. The Porcupine of Truth won the PEN Center USA Literary Award and the Stonewall Book Award. Honestly Ben, the sequel to Openly Straight, was released in 2017 and received three starred reviews. In January of 2019, The Music of What Happens was released, and his latest novel, The Bridge will be released in September. He can be found at billkonigsberg.com.